Brian Samuel Epstein was born in Liverpool in 1934.
His family owned a furniture shop, and Brian started work there, before being put in charge of another branch in Hoylake.
He was successful, a natural salesman, but his ambitions were elsewhere.
He persuaded his parents to let him go to acting school (RADA), but he soon decided against acting and returned to the family business.
His parents had taken over the shop next door to the original furniture store, the North End Music Stores (NEMS), and Brian started selling records there. This was so successful that more NEMS stores were opened.
Brian also sold, and wrote a column for, the Mersey Beat publication.
Clive Kelly 17th October 2014:
"I first met BRIAN EPSTEIN, the second BEATLES Manager, in a Pub in BLACKPOOL. It was in the year 1958. At that time I was working as an aerial rigger for RADIO RENTALS in Birley Street.
Next door to our shop was a gays' pub, where I had the pleasure of befriending BRIAN. On several occasions he would visit my mother's house for a cup of tea. We got on well.
I think one of the reasons we hit it off so well was because his brother was also called Clive, and we had dramatic acting in common, as we both attended theatrical schools. BRIAN had previously attended RADA (the ROYAL ACADEMY OF DRAMATIC ART), and I had acted in several theatrical groups around the UK.
When I opened the CubiKlub in Birkenhead, Liverpool, BRIAN would visit mum and I late at night after the club had closed to the public, as he seemed extremely shy, and afraid of the Liverpool violent yobs.
On several occasions he and I would practice being disc jockeys together on the club's sound system. He confided in me that he was bored with his job of working in the family business (NEMS MUSIC SHOP in Liverpool), and so was looking for an alternative profession and was trying to pluck up the courage to either become a disc jockey, or an actual group manager like myself and my first partner ALLAN WILLIAMS.
RINGO STAR, RORY STORM, CILLA BLACK, PAUL MACARTNEY, and BRENDA LEE were then also regular musicians and social visitors to the club.
In fact my club became the in place for many of the up and coming music artistes. Many, including RINGO, often visited our house in Wallasey, Liverpool, and we often went swimming along with our other close friend GEORGE HARRISON. 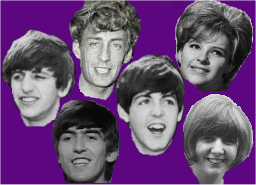 BRIAN's visits and our close friendship continued to my next club, another CubiKlub in Rochdale, Manchester.
On one of the many visits he brought with him BOB WOOLER, the famous disc jockey from the CAVERN CLUB, where the BEATLES regularly played.
It was during one of these visits that BRIAN told me about the violence JOHN LENNON had committed on his friend BOB. In fact the story of BOB WOOLER's black eye was published in local newspapers. It was soon after that he asked me to work for him as his minder. He concluded by giving me his personal business card, with the handwritten message on the back saying to meet him at 7pm tomorrow at NEMS OFFICE (I sold that same card at BONHAMS AUCTION HOUSE recently for 450 pounds).
One night Brian and I were at ALLAN WILLIAMS new club THE BLUE ANGEL. Several drunken yobs attacked BRIAN, and beat him to the floor, but my brother in law ALAN MACKLEMBURGH and myself managed to rescue BRIAN. We took him back to THE ADELPHI HOTEL, where we checked him in to secretly lick his wounds, and regain his courage to continue.
Being gay, and a successful Beatles group manager made life extremely difficult for BRIAN in Liverpool, so he decided to move his offices to LONDON.
I also moved to London, and was fortunate enough to rent a flat dead smack in the middle of all the action.
Around the music industry my Shaftesbury Avenue abode became known as THE INNER SANCTUM, as it was so accessible to the musicians that found it necessary to constantly visit Soho to buy musical instruments, or record their music. (TIN PAN ALLEY was in the next street to ours.)
Brian or EPPY as we called him often invited me to his London house for butler served dinners, and then of course the proverbial spiff. There I met Brian's right hand man PETER BROWN.
Brian and I would often just pass the night driving around London in his wacking big ROLLS ROYCE car. Our favourite club was PICKWICKS, as another mutual friend of ours, TREVOR MORAIS, played there regularly with his band. TREVOR and his previous Liverpool group,FARON AND THE FLAMINGOS, regularly starred at my northern clubs. 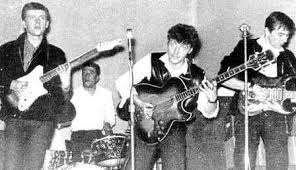 EPPY and myself usually ended up at LIONEL BARTS house. LIONEL BLAIR was always there, plus many other theatricals like DAVID BOWIE and ERIK BURDON. LIONEL BARTS house was a perfect venue for our LYSERGIC ACID (LSD) trips.
EPPY told me he felt totally safe to let himself go when he was with me. He also told me he would often park his car on the other side of Conway Street, on the other side of the road from my CubiKlub, just to watch me in action fighting off the so called hard cases that I refused to allow into my clubs.
One day EPPY asked me to become CILLA BLACK's personal manager, but I refused because I knew CILLA from the times she used to help us out at the Birkenhead club, and I knew the emotional difficulties.
One day EPPY and myself drove out of London to Birmingham to see the BEATLES as they appeared on the TV program called Top of the Pops or something like that.
That same day I met JOE COCKER, as he also made his début on the same show.
After the show we were joined by TOMMY QUICKLY, another of EPPYS prodigies.
EPPY wanted me to sign a contract to be TOMMY's personal manager, as a cover up to the fact that I was in fact really protecting him.
Some time later EPPY called me to his new London city house. He was totally stressed out, his body covered in bruises and minor cuts.
As he cryingly told me the story: JOHN LENNON, he said, called him to his mansion in Weybridge, Surrey. When he arrived in his Roller, the large steel gates were locked, so he left his car outside and entered through the wicket gate, only to be driven at by JOHN in his car. Apparently EPPY escaped alive but damaged both mentally and bodily. 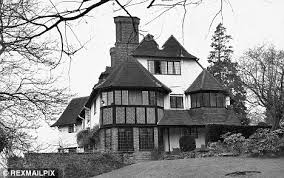 The night he called me I slept with him, in his big double bed on the top floor of his Georgian mansion hose. Above the bed were several framed pictures of the Queen's Guards, to which BRIAN pointed, saying "They will protect me from John".
EPPY asked me to go down to the floor below where the kitchen was to get him a pain killer tablet from the locked cupboard. As he gave me the keys he told me that previously he had nearly overdosed himself on sleeping tablets because he used to keep all his drugs by his bed, so that's why they were now less accessible.
The next day, when EPPY opened the double doors to the veranda, which overlooked the road below, I noticed that all those terraced mansions also had verandas. "What a danger", I pointed out, "all you're enemies need to do is enter one of neighbours houses, then with the help of a plank, or let's say a wardrobe door or even a house ladder, cross from their veranda to yours". So we set about measuring and drawing a steel grating, a sort of birdcage to stop would be unwanted invaders.
Unfortunately before I had fitted the thing I was arrested, and locked up in the dungeons of SCOTLAND YARD for four days for giving bad cheques.
Then I was transferred to Lancaster Castle Prison for 24 months. My mum contacted BRIAN, and he visited me with my mum, and he told me JOHN LENNON was still angry with him and wanted out of their managerial contract.
Soon after I read in the paper that BRIAN had died of an overdose of drugs(?).
The protective cage was never fitted
PETER BROWN, EPPY's right hand man, now lives (I'm told) in the USA.
LIONEL BLAIR is still alive, and so are PETER BROWN, TREVOR MORAIS, and, I suppose, EPPY's butler."
[PETER BROWN was a salesman in Lewis's department store just across the road from the Epstein shop in Whitechapel. Brian was taken by his sales technique, and poached him to work for the Epsteins. Peter eventually ran the music store, and became heavily involved in the management of the Beatles, and travelled worldwide with them.]